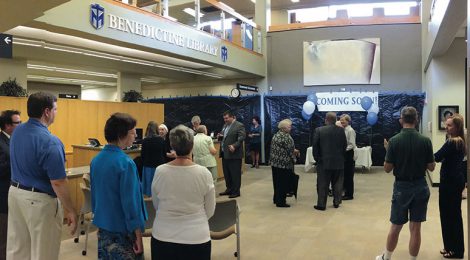 How Do You Raise a Million Dollars?

The big question in university fundraising is, “How do you raise a million dollars?”

Having spent a number of years as a vice president for advancement, there have been times when another institution would receive a million dollar gift and someone would ask, “Why don’t we ever get that kind of gift?” The answer is, “Sometimes we do but it is more difficult than it looks.”

Million dollar gifts are seldom the result of an impulsive action by a donor. It is more characteristic that a long prelude of engagement with the institution has occurred.

Often there is confusion in the difference in process between philanthropy and sales. Because of the urgent need for money, the approach becomes, “Find someone with a lot of money, convince them how special we are, and get them to write a big check.” The problem is that fundraising is not like selling a product. The only pay-off for the donor is the opportunity to feel good.

There is a reason the work has been called “development.” Major gifts take time, patience, and establishing a genuine relationship with someone who has the capacity to give. One of the key factors is for the donor to know that you are listening to their ideas, concerns, and issues. It is important to help the donor fulfill their personal philanthropic mission. If the institution is focused completely on its own needs the donor may not share that vision and has no reason to continue the relationship. The process is not about getting a single gift; instead, it is about creating a lifetime donor.

Fifty years ago, most large, public universities did very little fundraising. They did, however, accept checks from loyal supporters who would approach a president and say, “Use this money wherever you think it will do the most good.” That was a time when people still trusted all American institutions. Those days have passed.

Donors with major giving capacity want to have a voice in how their gift will be used. The sophistication level of donors has increased significantly through the years. Most importantly, they want institutions to be accountable.

Raising major gifts requires an institutional commitment to an ethical process. It is not about one person having great sales skills; instead, it is about an institution that understands and cares about its donors and wants to create a partnership over time.

Recently, I received a message about a donor who had made a $3 million gift to a school where I worked several years ago. I just smiled and thought, “That’s how you do it!”

Twelve years ago, the donor and the college president met at a social event. That meeting led to a private luncheon and the beginning of a relationship with the institution. The donor had moved from the upper East Coast to the South. He had previously served as a trustee at another institution. He was an obvious candidate to serve on a board in his new location.

He agreed to serve on the Board of Trustees, but in the beginning there were no large gifts, despite the fact he had capacity. He did not become a significant donor until he became comfortable with the operation of the institution. Gradually, the gifts became more substantial. After 12 years the donor made the $3 million gift to a specific program to which he and his wife had become attached.

So, “How do you raise a million dollars?” You identify a prospect with capacity. You cultivate the prospect by engaging them in the life of the institution. You solicit one gift at a time. You steward the relationship over time. And, you never stop the cultivation.

Getting the right development professional impacts giving. Some fundraisers have better skills than others and produce larger gifts on a more consistent basis.

“How do you raise a million dollars?” First, start using best practices today. It will be the basis for the million dollar gifts you get in the future. Second, look back at the people with whom the institution has created a connection during the past 15 years and evaluate which of those donors have the capacity and affinity to make a major gift.

Remember, time is the most precious commodity in fundraising. You can’t change how it was used in the past but you can commit to capitalize on the opportunities it presents for the future. Every day counts, so you can’t wait to begin doing the right things.