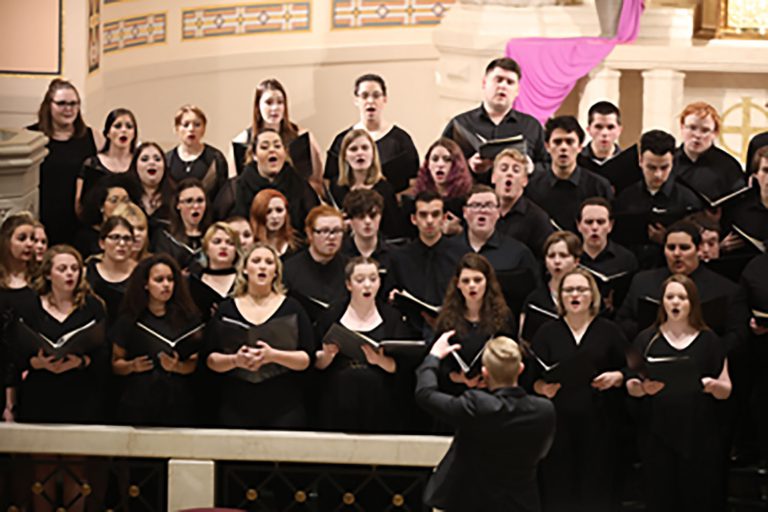 Student and voice faculty soloists from the University will be also performing during the evening concert. General admission is $5 and TMU students gain free admission with a valid student ID. Doors open at 7 p.m.

Parsley joined TMU in January 2018 as a professor before taking on the full-time role of director of choral activities this past December. Prior to the University, he served as the worship arts coordinator and director of choral activities at Faith United Methodist in North Canton, Ohio and participated in ethnomusicological research in West African musical traditions, becoming a published research fellow in Ghana through the Edward Brueggeman Center for Dialogue. Most recently, Parsley served as the assistant director and choral conducting fellow for the Cincinnati May Festival, where he prepared choruses for the Cincinnati Symphony Orchestra and Cincinnati Pops. 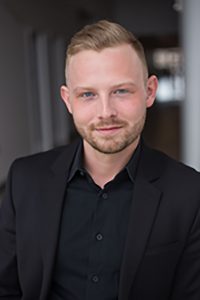 In addition to his work at TMU, Parsley enjoys an active career in the Midwest as a conductor, scholar, church musician, clinician, and professional chorister. He is currently the music in worship chair for the Ohio Choral Directors Association and serves as director of music at St. Timothy Episcopal Church in Cincinnati, associate conductor for Cincinnati’s Music Sacra, and faculty for the Kentucky Institute of International Studies Salzburg study abroad program. He’s an active member of the American Choral Directors Association, ChorusAmerica, American Guild of Organists, and the National Association for Music Education.

“You will experience a varied program, including standard choral classics like Franz Schubert’s ‘Mass in G,’ as well pieces such as Baldassare Galuppi’s ‘Dixit Dominus,’ a rarely heard masterwork for treble voices and string orchestra,” said Parsley. “We are happy to also feature student and faculty vocal soloists alongside an orchestra of tristate professional musicians. We hope you might join us in a wonderful evening of ‘Cathedral Classics’ for a new take on these wonderful choral masterworks.”

Parsley has studied conducting under Robert Porco, Brett Scott, Earl Rivers, Mark Munson, and Tom Merrill, and has appeared in recent conducting masterclasses with Duain Wolf, John Alexander, David Hayes, Eric Whitacre, Rodney Eichenberger, and Cesar Leal. His passion for choral arts extends beyond conducting. He has performed with many choruses himself as a professional singer, including the Cleveland Orchestra Chorus, Cincinnati May Festival Chorus and Youth Chorus, Toledo Opera, Tuscia Opera Festival in Viterbo, Italy, and the Berkshire Choral Festival. As a conductor of symphonic choral literature, Parsley has most recently prepared choruses for John Morris Russell, Gerhardt Zimmermann, James Meena, and GiordanoBellincampi.

In March, Parsley was selected as one of four finalists for the 2019 American Choral Directors Association National Graduate Conducting Competition, the premiere professional choral organization in North America. The competition was held in Kansas City and occurs every two years. Parsley was selected out of hundreds of applicants across the country. He was named a semifinalist in January and advanced as one of four finalists in the competition held during the 2019 National Conference.