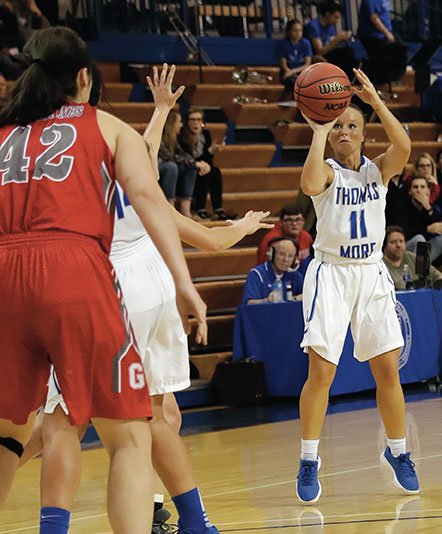 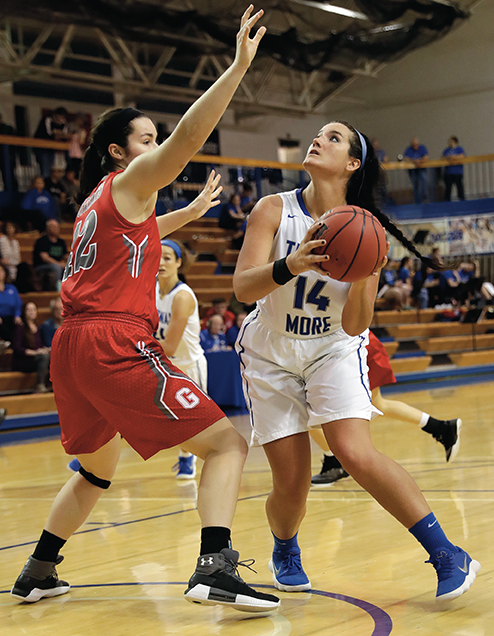 Few student athletes in the country can boast the success of participating in four NCAA Tournaments, three Final Fours, and winning two National Championships.* The leadership and work ethic of these two student athletes played a big role in the team’s success. Abby and Nikki recorded only three losses in their entire collegiate careers. “It is difficult to put into words what Abby and Nikki have meant to our program. Abby, with her fire and spirit, quickness and long range three-point shots, was a joy to watch. Nikki with her pounding inside for rebounds and scoring off the block; it was always fun to see her dominate in the paint. I can’t believe the four years have passed, but I will never forget what they have done for not only our program, our beloved school!” says Terry Connor, Director of Athletics (AD).

Abby, who is graduating with a Bachelor of Arts in Education, plans to continue her basketball career as a coach. Nikki, a sports and entertainment marketing major, is considering law school after graduation. In both cases, one thing is clear – these two know what it takes to be successful, and TMC is proud to call them alumnae.

← Success! $8M Raised for the TMC Success Center
Challenging the Best to be Better →