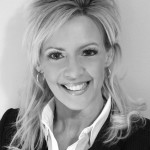 Robyn Hoffman comes to Thomas More College with 20 years of fundraising experience in both the education and public sectors. Most recently she worked for the Washington, D.C.-based Baldrige Foundation where she served as the Vice President of Development. Immediately preceding her tenure at the Baldrige Foundation, Robyn served as the Director of Institutional Advancement at Columbus, Ohio-based Marburn Academy. There, she managed the integration of the school’s fundraising, marketing, and outreach efforts, and led the private school’s $14 million capital campaign for a new campus.

Robyn previously worked as the Director of Institutional Advancement at Washington State Community College. Prior to that, she served as a Grants Development Specialist at The Ohio State University at Newark, and as the Economic Development Director for the City of Heath, Ohio. An active member of the Central Ohio Chapter of the Association of Fundraising Professionals, she serves on the Board of Directors and is the current Chair of the organization’s signature event, National Philanthropy Day. She is the past president of the Licking County, Ohio Habitat for Humanity Board of Directors, and served nine years on the Licking County, Ohio Aging Program’s Board of Directors.

Robyn graduated from Centre College in Danville, Ky., with a Bachelor of Arts in government. There she served as president of Pi Sigma Alpha and Pre-Law Society, and as the chapter historian of Kappa Alpha Theta Sorority. She was also an elected member of student government. Welcome to TMC!