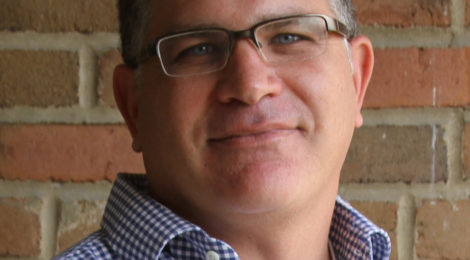 “As a longtime member station of OBFS, our Biology Field Station at Thomas More has benefitted through collaborations, professional development, and network opportunities for both our faculty and students,” said Lorentz. “I am truly humbled and honored to help lead the organization over the next two years as its president.”

Lorentz began regularly attending the annual OBFS conferences around 15 years ago as the Biology Field Station’s research and outreach programs began to expand. He quickly became engaged, chairing the OBFS’ Outreach Committee and later serving as an at-large member of the board from 2014-16. He then served as vice president from 2017-19.

Field stations, such as Thomas More’s Biology Field Station, are centers of research, conservation, education, and public outreach embedded in natural environments that range from the remote to densely populated urban locations.

“Now more than ever, field stations play a significant role in advancing science and public understanding of critical environmental and public health concerns.”

The OBFS was founded in 1968 to serve as a resource and network for its member stations. Today, the organization has more than 230-member stations, located in 20 countries on six continents. The mission of the organization is to facilitate the highest quality environment for scientists, students, teachers, and the public in pursuing research and education to enhance biological and environmental understanding. It helps its members with critical research, innovative education, and public outreach.

Lorentz’ goals for his term as president include updating the strategic plan, hiring an executive director based in Washington, D.C., revamping the organization’s website, conducting a branding exercise, and increasing membership, particularly at the international level.

Lorentz has been the director of the Biology Field Station for the past 20 years. Prior to this role, he served as the on-site caretaker and associate director when he started teaching at Thomas More in 1994. He also lived at the station for eight years.

The Biology Field Station has been a member of OBFS since the late 1990s. This one-of-a-kind facility for applied biological research is the only working field station on the banks of the entire stretch of the 981-mile Ohio River just 30 minutes from Thomas More’s main campus in Crestview Hills, KY.

← THOMAS MORE RECEIVES $100,000 GRANT TO SUPPORT STEM STUDENTS
President and University Leaders are Packing their Bags for the Thomas More is Coming to You Tour →