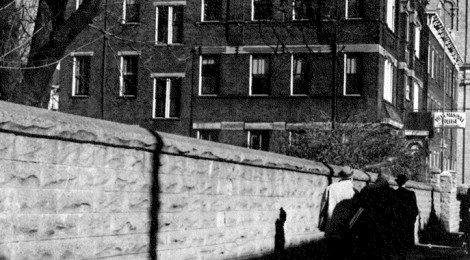 The Remarkable Sisters of St. Benedict 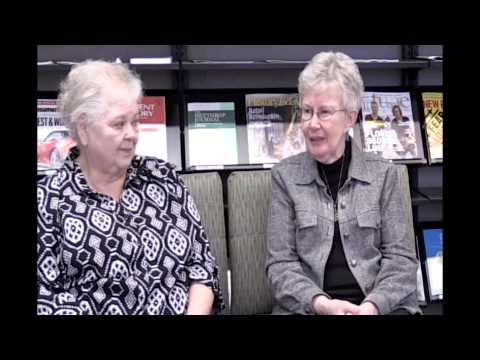 Founded by the Benedictine Order to train Catholic school teachers, Thomas More College and the Sisters have an intertwined history that began in 1921 in Covington and continues today in Crestview Hills, Kentucky. Three Benedictine Sisters arrived on the TMC campus in March 2015 in a fortuitous stroke of luck, and while on campus Sr. Mary Catherine Wenstrup, OSB ’65 (formerly Sr. M. Jane Wenstrup), Sr. Deborah Harmeling, OSB ’70, and Sr. Christa Kreinbrink, OSB ’71, all of St. Walburg Monastery, graciously agreed to speak about their experiences as students at VMC/TMC.

All three sisters started their VMC careers having heard the call to pursue a religious vocation and agreed that their years at VMC/TMC reinforced their decision, giving them the confidence and preparation to finalize their commitment to a life in the community. With that said, their experience as students was entirely different from that of a layperson. There was no participation in clubs or campus organizations, as Sr. Mary Catherine expressed, “We were there to go to school. This was not about entertainment or recreation … it was about getting as much as you could as fast as you could.”

Sr. Mary Catherine’s memories, as a young postulant, were of classes attended with mostly other religious community members. Sr. Deborah and Sr. Christa recalled classes that included a larger mix of religious and lay students. All agreed that between classes they spent time in a separate study room located in the convent building attached to VMC that was provided for those who belonged to religious communities. All also agreed that they loved the education they received, which was rigorous. As members of the religious community, the decision to stay in college was not their own to make, and each found after their first full year, they were pulled out to serve as grade school teachers. The path to complete their degrees was different for each as Sr. Mary Catherine attended summer and weekend classes, Sr. Christa returned after two and a half years of teaching to full time status at TMC, and Sr. Deborah returned after one year of teaching to continue working on her degree.

Sr. Christa and Sr. Deborah began their college experience at VMC and finished after the move in 1968. Sr. Deborah recalled of her early years, “What I liked was the freedom to walk around Covington and go to different buildings for classes…I took a history of art class that was down past the Carnegie Building.” The Crestview Hills location also provided freedom to move about campus and included the allure of its newness. Sr. Deborah remarked, “Anything new is exciting … it was still the same thing though, we came out with people who either taught or were going to school.”

Each of the sisters had their favorite instructors and enjoyed sharing tidbits of their interactions with these individuals. Sr. Mary Catherine expressed admiration for many members of the faculty and especially enjoyed classes with Sr. Agnes Margaret, CDP and Sr. Loretto Marie, CDP. Sr. Christa immediately named Joe Connelly as a favorite and had a special connection with Sandra Cuni which began when they discovered a shared love of the writings of George Eliot. Other faculty members that hold a special place in her heart were Sr. Colleen Dillon, SND, Sr. Mary Joan Dohmen, CDP, and Sr. Mary Philip, SND. Sr. Deborah, as a history major, also expressed admiration for Sr. Mary Philip, followed closely by Nancy Bruns. Sr. Deborah especially enjoyed art history with Darrell Brothers, who “opened the world of art to me.” She did avoid sociology with her aunt, Mary Harmeling, knowing that being the niece would not gain her any favors in that class!

As the interview wound down the three were loath to share one particular experience they had in common; an extreme dislike of biology lab. Sr. Mary Catherine refused to hold the frog that was to be killed for dissection or a cow’s eye, which was part of another lab. Sr. Christa was honest in her assessment, “I just cut the class … when we had to do a lab, I just didn’t go.” And Sr. Deborah refused to pith the frog. As all three laughed at this moral dilemma, Sr. Deborah teasingly pointed out, “We were nuns. They couldn’t fail us.”