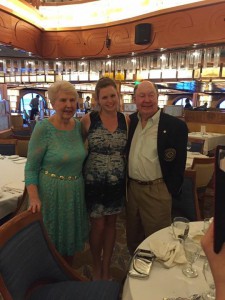 Nancy (Black) Kuchle ’56, her brother David Black ’58, his wife Garnett, and their granddaughter, current TMC sophomore Taylor Budde, all took a family cruise in May 2016 to celebrate David and Garnett’s 20th anniversary.

Sr. Evelynn Reinke ’62, former TMC education department faculty, is moving to Rome, Italy, in November for a three-year assignment to proofread and edit congregational documents written in or translated into English by persons who are not native English speakers. CLICK HERE for the Moreover VMC History Column interview with Sr. Evelynn and Sr. Mary Claire Engbersen ’67.

Charles Bogart ’65 was a 2015 recipient of the Thornton D. Hooper Award for Excellence in Aviation History. His article, “Airmen of the Massachusetts Institute of Technology,” was voted by readers as Best Biography or Personal Reminiscence, and as best Overall Account among the articles that appeared in the League of World War I Aviation Historians volume 30 of Over the Front. 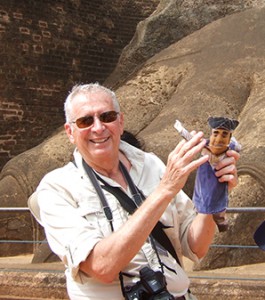 Tom Otten ’68, retired from Elder High School in May of 2016 after a 55 year career that spanned jobs as varied as data entry, janitor, teacher, dean, and principal to name a few. Feb. 5 was even designated “Tom Otten Day” in the city of Cincinnati. For news coverage on Tom’s retirement visit tmcky.us/tomottonday

Alice Rudolph ’69 retired from the University of Rochester in January 2016 after 28 years as a Project Manager of clinical trials in Parkinson’s and Huntington Disease.

Jim Dahmann ’73 and his wife, Rosemary, traveled to various islands around the world, including Sri Lanka, where they took Flat Tommy with them going through the Lion’s Gate.

Mark Dressman ’77 is a professor in the Department of Curriculum and Instruction at the University of Illinois at Urbana-Champaign and a Fulbright Scholar in Morocco (2014-2016).

Shawn Carroll ’84 was inducted into the Rotary Club of Florence’s Hall of Fame. He and his wife, Leisa, also just became grandparents in August 2016 to Phillip Joseph, a future TMC Saint!

Richard Dames ’88 was recently ordained a Deacon within the Diocese of Covington in April 2016.

Sam Dinkins ’94 received his Master of Science in Environmental Science and Policy from Johns Hopkins University in May 2015. 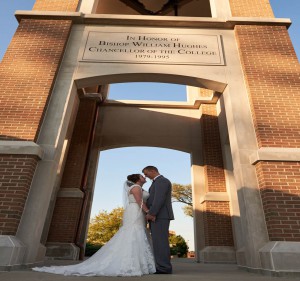 Lindsey Burns ’11 and Adam Saunders on their wedding day.

Dr. Andrew Hebbeler ’99 was promoted in June, to Deputy Director for Science and Technology Cooperation at the U.S. Department of State in Washington, D.C. Since 2009, he has held a range of leadership positions at the State Department and White House.

Brian Ruschman ’00 was promoted to Vice President of C-Forward, an information technology company in Covington, Ky. He and wife Katie, and their two boys, Dylan and Parker, reside in Alexandria, Ky.

Callie Clare ’04 completed her Ph.D. in 2014 at Indiana University in folklore and ethnomusicology, American studies. She joined the communications department at Sienna Heights University in Adriana, Mich., in 2015. Callie also published Notions & Potions: The Legacy of Rabbit Hash, Kentucky in 2011.

Patti Turner ’09 received her master’s degree in Applied Behavior Analysis from Ball State University in May 2016. She began working as a Behavior Support Specialist with Mebs and Associates, working with individuals affected by intellectual/developmental disabilities. 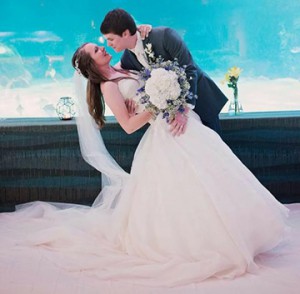 Sam Brown ’12 received his CPA designation upon completion of the Certified Public Accountant (CPA) exam and experience requirements. Sam is an accountant with Rudler PSC located in Fort Wright, Ky.

Scott Folz ’12 was ordained a Deacon in April 2016 within the Diocese of Covington.

Christopher Beiting ’13 presented his one man show, “Renewal,” in the Chidlaw Gallery at the Art Academy of Cincinnati in August 2016.

Emily Carney ’13 and Dalton O’Brien ’13 were married on June 11, 2016 at St. Edward Church in their hometown of Jeffersontown, Ky. 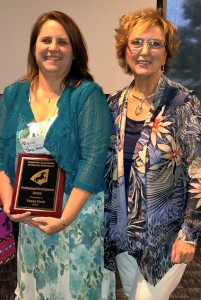 Tonya Hash ’16 with Dr. Joyce Hamberg at the KATE Awards.

Lee Schatzman ’13 assisted Carolyn Wagner ’13 with the short film “Something Borrowed.” Lee also has a small role in the film “Goat,” released in late September by Paramount Pictures.

Carolyn Wagner ’13 received the top award at the Galway Film Festival in August 2016 for the short film “Something Borrowed,” a documentary about a woman and the wedding dress she sewed from her husband’s World War II parachute. View the video at: vimeo.com/171892972

Kelsey Sparks ’14 and Dagan Kaht ’14 celebrated their wedding at the Newport Aquarium in July 2016.

Michael Kalfas ’15 and his wife, Amanda, celebrated their first wedding anniversary and welcomed their son, Solomon, in September 2016.

Karen Cress ’16 had three of her original pieces accepted for the September 2016 Latinoblend for Lex Arts Exhbition. The Latino Art BLEND (LAB) invites artists of Hispanic origins to participate and promotes Hispanic cultural and artistic values to the community.

Tonya Hash ’16 MAT graduate was selected for the Outstanding Post-Baccalaureate Professional Development Leadership Award for 2016. The very prestigious award is given by the Kentucky Association of Teacher Educators (KATE). Tonya was honored at the KATE luncheon on Sept. 23.