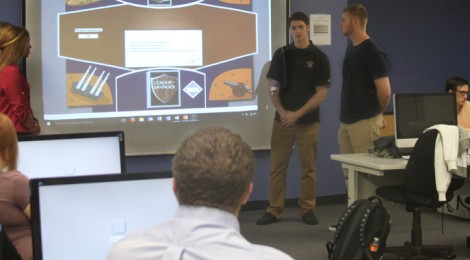 Artful Collaboration – All in Good Fun 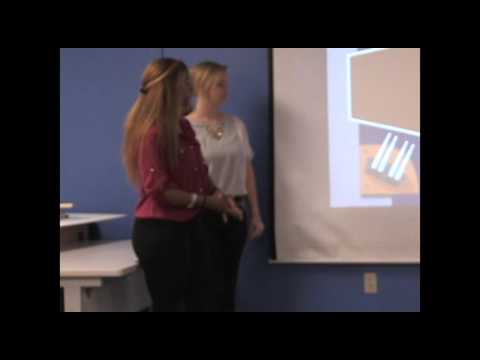 What do computer coding, fine art, and playing a game have in common? Not much, unless you’re a student assigned to an interdisciplinary project at Thomas More College. Graphic Design instructor Betty Bone’s ART 360 and Computer Information Systems instructor Chuck Zimmer’s CIS 212 classes collaborated on a joint project over four weeks during the 2016 spring semester. The students were tasked with re-creating an electronic version of a board or card game that they enjoyed playing. Select staff and faculty were invited to view the final presentations held at the end of April with the teams explaining their process and timeline for the project.

The first team to present included students Kayla Fulcher, Jaime Maley, and Zak Ryan from ART 360, and Ryan Hall and Austin Koch from CIS 212. Their concept turned into a twist on the classic card game “War,” and is called “League of Savages.” Before the digital age, parents (and grandparents) spent hours playing “War” using a simple deck of cards, hoping that the game would produce a winner quickly. This team was very creative in re-styling the concept, complete with the appearance of a game board and cards with fanciful creatures that include numbered rankings from highest to lowest. All the participants agreed that they learned 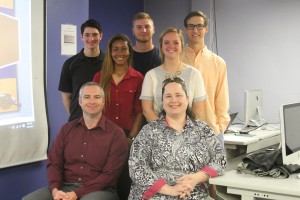 a lot about compromise, collaboration, and managing expectations during the process of creating their game. Fortunately for the team, Zac and Ryan were friends and gamers before the assignment began so the lines of communication were open from the start, creating smooth dialog between the artists and coders as they worked to complete their grand design. Ryan explained, “As far as communication, it was pretty simple to talk with each other and discuss the ideas; like how we had to change the original idea. That could have been a huge problem if there hadn’t been good communication.”

The finished product shows influences from online games the participants were familiar with, such as “Hearthstone” and “League of Legends.” The team spoke of the creative process and how they relied on resources from the past to make decisions on the appearance and manner of play for their version of the game. The original plan was based on “Hearthstone” but had to be simplified in order to complete the task on time. The working version includes a two-player scenario with a winner in each round, keeps score as the game progresses, and includes a pop-up explanation of the rules. Even with the simplification in terms of presentation, the CIS students estimate there are over 350 lines of code per form (the game uses multiple forms) with expectations that more would be added. As the active, working model was demonstrated, the team members expressed a new appreciation for the amount of thought, time, and coding that goes into even the simplest of online games. 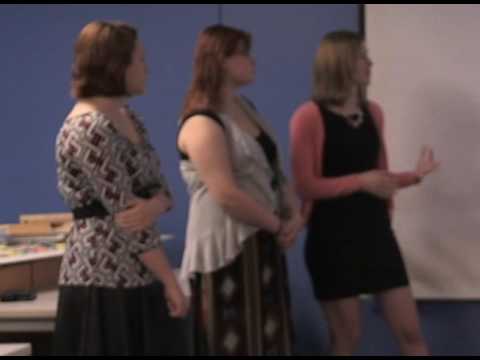 During the Q&A after the first presentation, the question of sound was broached. The five participants agreed that sound would add another dimension and had been considered but was sacrificed in order to complete the project on time. All were excited with the potential of adding complexity through additional characters and music at climactic times. Perhaps upgrades are in the cards for their working version in the near future.

The second team used the board game “Sorry” as the inspiration for their concept. This team included students Savannah Frank, Nicole Kallmeyer, Katie Scheben, and Allison Shoemaker from ART 360, and Alex Gurren and Jacob Schweinefuss from CIS 212. The re-imagined game is called “Abominate,” and incorporates the theme of monsters. The art students collaborated on choosing fonts, a color pallet, and the types of monsters. Various board backgrounds were created and a lot of trial and error determined the best way to incorporate game elements while allowing for readability, yet keeping a degree of creepiness. 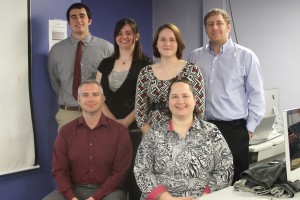 Simplification of the rules was necessary due to the amount of coding required within the project time line – the “Sorry” card, number seven (the original game allows a player to split the number between two pieces), and number 11 (swap places with another player) were dropped. Plus the board was modified to fit a screen. The working version allows for two through four players; single player will be developed later. The player pieces are in the shape of eyeballs that blink as they progress around the board. A major concern was the size of the game pieces and cards as the game needed to be responsive to desktop, tablet, and mobile environments. All in all, I could see this as the perfect game to keep young boys busy with the slime theme on the slider spaces and the creepy, yet cute, monster icons.

During this Q&A session the theme of constant communication between the members of the team to determine the direction of the concept and what could be achieved in the coding was apparent. Nicole explained, “From our standpoint, Jacob made it really easy and started us off with a mock-up he had done of a Monopoly game board, which gave us an idea of what he could do from a programming standpoint … that made it really easy, and just continued communication.” This project required 600 to 1,000 lines of code with the potential for more, if work continues after the project completion date.

The Abomination design team explains the board concept.

Staff and faculty in attendance were certainly “wowed” by the level of work that was accomplished by the teams. Professor Zimmer praised the efforts saying, “It was very exciting to bring together two disciplines who share the same floor and even share classroom space to do a project bigger and more complex than either class could do on their own.”  Rebecca Bilbo, chairperson of the department for creative and performing arts, agreed, “It is always exciting for me to see new collaborations between departments and students. I believe that is a distinctive advantage at a small college. The design and drawing piece of this project, I am more than familiar with; it is the coding process that eludes me but I know enough to know that is what makes our screens anything but static.” Director of Retention Noah Welte seconded the sentiment, “I thought that this morning was a showcase for why the liberal arts is a fantastic mechanism for collaboration and the development of ideas. … What a world of possibilities you have opened up through this project! Congratulations and I look forward to seeing more of these projects in the future!” 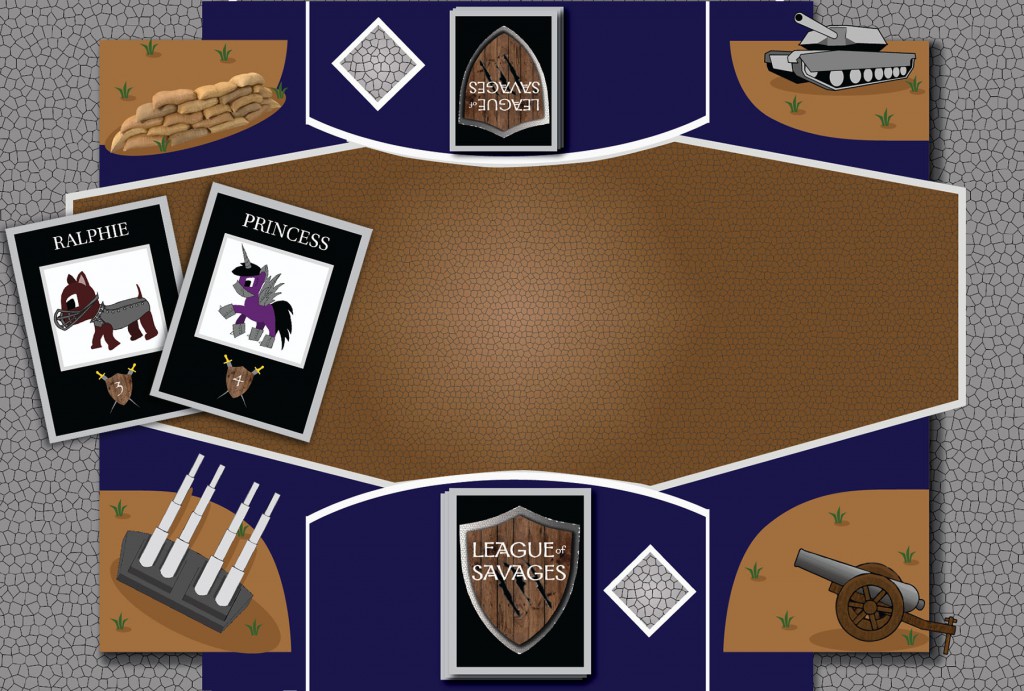 Final board for League of Savages with two character cards displayed.

Final board for Abominate with sample card and starting screen displayed.