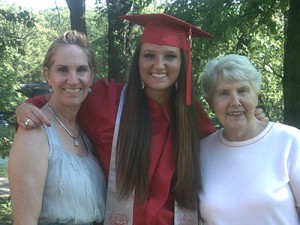 Charles B. Schewene ’61 has been participating in volunteer work for an organization called ONE National Archives, which focuses on the history and struggles for rights of some minority groups. For 15 years, he has done library work and worked with the organization that has public art exhibits and education programs.

Wm. T. (Bill) Robinson III ’67 has been elected to a four-year term on the national Board of Trustees of the American Inns of Court. He is past president of the American Bar Association (2011-12), a past ABA Treasurer (2005-08), current chair-elect of the National Judicial College, and serves on the Attorneys Committee of the National Center for State Courts.

Sr. Margaret A. Stallmeyer, CDP ’68 was recently added to Seton Hall University’s Board of Regents. As a previous Thomas More College president, she will spend the next few years dedicating her time to expanding the college and advancing higher education.

Karen Poe ’69 has spent 35 years with the U.S. Foreign Affairs Agency as a developing country specialist. She lived in Madagascar and Haiti to help with food security, hurricane recovery and survived a 7.3 earthquake. In 2013, she worked with an initiative to bring electrical power to Africa.

Dr. Dan Schadler ’70 retired in May 2015 after spending 40 years as a professor of biology and health professions advisor at Oglethorpe University in Atlanta.

Dr. William Caldon ’72 gave 20 years to the United States Air Force where he received two years of a dentistry residency and became one of three Air Force General Dentistry specialists. In 2013, he received the Quilly Award, which conveys best-selling author  status, for co-authoring the book Out Front: Business Building Strategies from Front Line Entrepreneurs. Dr. Caldon owns High Peak Dental in Lake Placid, New York, and will serve as an   Executive Producer for the upcoming documentary, Armonia.

Denis Hamilton ’72, gave 37 years in the industry field where he spent 20 years as a vice president in the corporate headquarters of Johnson & Johnson. Recently, he gained his Ph.D. in Organization Management and became a college professor and Director of Management Education for the Management and Global Business department at Rutgers University. Denis says his early inspiration to pursue college comes from Dr. George Euskirchen, a recently retired long-term TMC economics professor.

Stephen Sandberg ’74 received a new career positon at Nevaeh Care as a licensed independent social worker in August 2015. Located in Columbus, Ohio, Stephen assesses and monitors medical patients with Humana Insurance while in their homes.

David P. Kamp ’78 received the Distinguished Alumni Award from the University of Cincinnati College of Law’s Alumni Association in May 2015. David is currently a managing partner at White, Getgey & Meyer Co. LPA as an experienced trial attorney. 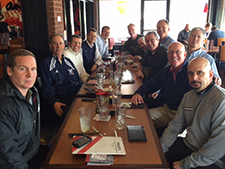 Kurt Pohlgeers ’82 and a group of fellow TMC basketball players from the 1980s began a tradition of having lunch together every year on Good Friday.

Gary Beatrice ’83 is the 2015 recipient of the Northern Kentucky Chamber of Commerce’s Walter R. Dunlevy/Frontiersman Award. As part owner of Business Benefits, Gary has given 28 years to the insurance industry. He has served in many advisory capacities for other insurance companies, as well as several leadership roles for various Chamber committees.

Therese Lueck ’83 retired from her career as a professor of journalism and media studies at The University of Akron. She served as the 2014-15 Interim Director of the School of Communication.

Dr. Michelle (Esselman) Story ’87 received the Academy of General Dentistry’s “Mastership Award” after completing 1,100 hours of continuing dental education. This award is the association’s highest honor and one of the most respected designations within the profession. 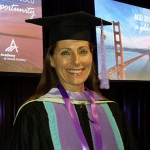 Sheryl Haag ’88 has been appointed to Chair the 2015 United Way of Greater Cincinnati in the Dearborn and Ohio Counties campaign. Sheryl is the dealer principal and owner of Haag Ford Sales. She hopes to focus more on engaging companies and increasing donor numbers in the community. She is also active in the Dearborn County Chamber of Commerce.

Rick Wurth ’89 was elected to the Board of Directors for the Children’s Alliance of Kentucky and the Board of Human Services Leadership Council of Greater Cincinnati. Rick is the CEO for Children’s Home of Northern Kentucky.

Christopher Bryson ’93 & ’00 is one of 13 area teachers to receive the Golden Apple Award for outstanding dedication and profound effect on the lives of the children they teach. This award is for his work with Kenton County Academies of Innovation and Technology

Helen Farrell, MD ’99 is currently a practicing psychiatrist at Beth Israel Deaconess Medical Center, as well as an instructor at Harvard Medical School. She recently gave a TEDx Talk called “Creating Hope for the Mental Health.”

Andy Adams ’99 was recently named Regional Vice President for Xerox’s healthcare consulting division. He is the youngest person worldwide to hold this position. He credits his TMC education with helping to lead him to receive this honor.

Lisa Ripley ’00 recently relocated to Washington D.C. when she received a promotion with State Farm Insurance as their Executive Communication Strategist for the Senior Vice President of East Coast Operations.

Sandra Eismann-Harpen ’02 joined the office of Frost Brown Todd in October 2014. She assists clients with commercial lending, real estate, bank regulatory, and privacy matters. Previously, she spent 14 years working in the banking industry, most recently as Vice President at PNC Bank in Cincinnati.

Jeremy Hiers ’03 recently entered the religious formation with the Order of St. Augustine.

Travis Nipper ’03 has recently been hired as a marketing manager with Zontec, Inc.  He is also an adjunct professor at Thomas More College teaching marketing and communications with over 15 years of marketing experience in corporate and consulting roles.

Craig M. Schneider ’04 was selected as a 2016 Kentucky Rising Star by Super Lawyers. This honor is limited to no more than 2.5% of the attorneys within Kentucky. Craig currently works with the law firm of Smith, Rolfes & Skavdahl Co., LPA in the firm’s Ft. Mitchell, Kentucky office.

He joined the school faculty in fall 2013 after a nine-year career with Total Quality Logistics.  He enjoyed serving as Assistant Varsity Basketball Coach for four seasons and received the 2007 NKAC Coach of the Year Award. 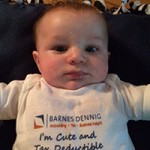 Brigid Brown ’05 and husband Kyle welcomed their third child, Louis Justin, in March 2015. Their first son joins his older sisters, Maddy and Haley, in a family full of love. 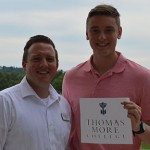 Jonathan Rudnick ‘07 works for the Port Authority of N.Y. and N.J. as an auditor. In his spare time he plays semi-pro soccer as the captain of the HFC (Hoboken Football Club, est. 1912). He was recognized with an award  for helping arrange a fund-raiser over Christmas 2014 for homeless inner-city children in suburban New York City and coaches the “Grasshoppers” soccer program in Hoboken on weekends.

Hank Backer ’08 accepted a position at Boston University in their Masters of Fine Arts program to work with U.S. Poet Laureate Robert Pinsky as editor of the literary journal, Agni.  He most recently taught at 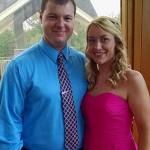 John Bergman ’10 started working for Kentucky Higher Education Assistance Authority (KHEAA) in November 2014. He is the outreach counselor for the southwest region of Kentucky.

Chris Rickels ’10 and Kayla Ritter ’11 were married on May 9 in TMC’s Mary, Seat of Wisdom Chapel. 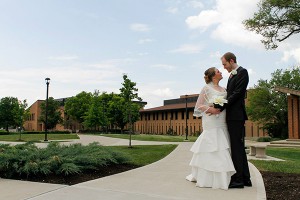 Jill Jansen ’11 was named one of the 2015 Cincinnati Business Courier’s “Forty Under 40” winners. 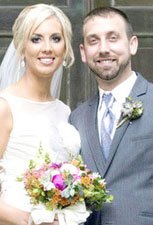 Anne (Schoettelkotte) Keener ’12 recently graduated with her Masters of Environmental Science from Kentucky State University and married her husband, Chris, in October 2014. Anne has landed her dream career with an environmental consulting company and thanks her wonderful TMC education. 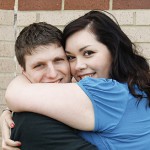 Roxanne Romero ’13 and Benjamin Millman ’14 are excited to announce their engagement and will wed in November 2015. They met in Dr. Jim Schuttemeyer’s 17th and 18th century literature class at TMC. 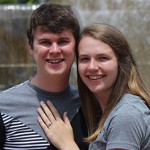 Brandon Blair ’14 recently wrote about his adventures to local haunted places and ghost hunting in his upcoming fiction of short stories, Three Terrifying Tales, being published by Xlibris. Blair has been a substitute teacher and middle school football coach since graduation.

Darlene Hauck ’15 thanks the TMC TAP program, faculty and staff for the rewarding and positive experience, both personally and professionally.