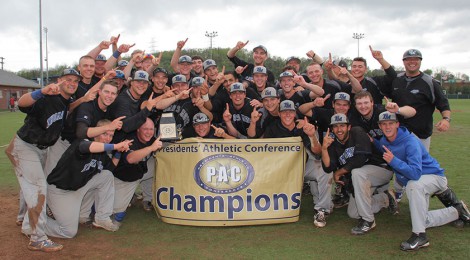 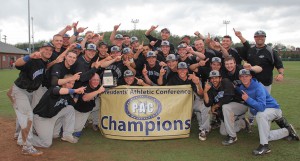 The Learfield Sports Directors’ Cup was developed as a joint effort between NACDA and the USA Today. Points are awarded based on each institution’s finish in up to 18 sports – nine women’s and nine men’s. The NCAA has over 410 Division III members.

The Saints finished with 262 points and placed in the top-100 for the fourth time in the past five years. They were the top-ranked Division III school in the Commonwealth of Kentucky and also the top-ranked Presidents’ Athletic Conference (PAC) school.

For the entire story visit tmcsaints.com/generalreleases/1314learfieldfinal

A full list of those recognized can be found at tmcsaints.com/generalreleases/14springpacacademics 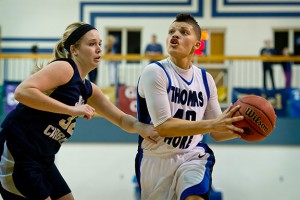 Thomas More College sophomore guard/forward Sydney Moss (St. Albans, W.Va./Boone County (Ky.)) completed the sweep of NCAA Division III Player of the Year honors as she was named the Women’s Basketball Coaches Association (WBCA) Player of the Year at the fourth annual WBCA Awards in April. This event was part of the WBCA National Convention and was held in conjunction with the NCAA® Women’s Final Four®. 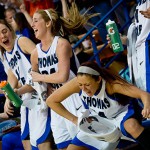 On their way to a school-record 31-1 season, the Saints outscored their opponents by an average of 38.1 points per game. The 38.1 scoring margin is the best at any division in the NCAA, women’s or men’s. Thomas More also cross the 100 plateau for a Division III record 11 times this past season.

Thomas More led all of Division III (431 teams) in six statistical categories. The Saints led the nation in scoring offense (94.4 points per game), scoring margin (38.1), field goal percentage (51.1), assists per game (23.3), assists turnover ratio (1.95) and turnover margin (+14.63). Thomas More also finished in the Top-3 in three other categories as it was second in won-lost percentage (96.9) and steals per game (16.3) and was third in turnovers per game (11.9). Two Saints finished first in two individual statistical categories as Moss led the nation in points per game (27.8) and senior guard Devin Beasley (Burlington, Ky./Conner) led in the Division III in assist turnover ratio (4.76). 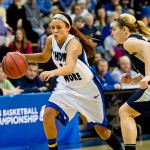 Beasley will assist with all facets of the Central Methodist women’s basketball program while studying for a Master’s Degree in Sports Administration. The Eagles posted a 22-9 record last season competing in the National Association of Intercollegiate Athletics (NAIA) under head coach James Arnold. “I’m excited about joining the staff and student-athletes at CMU,” stated Beasley. “I look forward to the opportunity to be a part of Coach Arnold’s staff and to share my knowledge of the game to help contribute to the ongoing success of the program.”

Beasley helped lead the Saints to a 113-9 (.926) record and two No. 1 national rankings during her four years at Thomas More College. “My goal at Thomas More was to leave the program better than how I found it and I plan to carry on that tradition and mindset to CMU,” said Beasley. 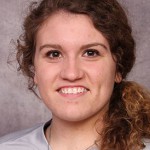 Walter is the first-ever Thomas More softball student-athlete to be named to the NFCA All-America Team. She led the PAC in hits, runs scored, runs batted-in and total bases to go along with a PAC-best .493 average with runners in scoring position.

The Lady Saints earned an at-large bid to the NCAA Division III Championship tournament as they went 31-12 and 16-2 in the Presidents’ Athletic Conference (PAC), while winning the PAC regular season for the fourth time in program history. 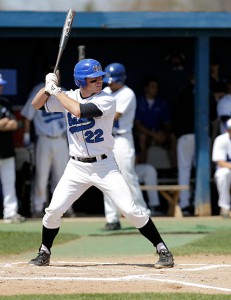 The Saints’ baseball team capped a 25-19 season with the Presidents’ Athletic Conference (PAC) Tournament title and an automatic bid to the NCAA Division III Championship Tournament.

Thomas More was the No. 2 seed in the PAC tournament and went 3-0 in the tournament. In the NCAA Mideast Regional in Marietta College, the Saints went 2-2 as they fell to Case Western Reserve University in the semifinals. 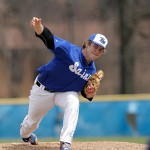 Thomas More College senior right fielder Cody Makin (Cincinnati, Ohio/Elder) was named to the Capital One Academic All-District II Baseball Team by the College Sports Information Directors of America (CoSIDA). Makin, a team captain, graduated in May 2014 with a 3.49 grade point average in business marketing. To be selected Academic All-District, a student-athlete must be a starter or key reserve with at least a 3.30 GPA.

Thomas More College junior Lucas Nare (Guilford, Ind./Oldenburg Academy) became the first-ever Saint track & field student-athlete to qualify for the NCAA Championships in the program’s three-year history when he qualified to complete in the 100-meter and 200-meter dashes at the NCAA Division III Championship in May in Delaware, Ohio. 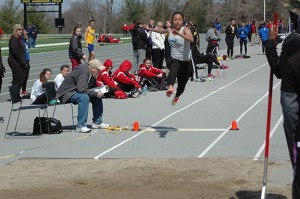 The women’s team had two athletes that had multiple top-five finishes as freshman Shayla Henderson (Maysville, Ky./East Carter) was All-PAC in the long jump as and fourth in the high jump, while junior Felicity Britt (Alexandria, Ky./Bishop Brossart) was fourth in the shot put and in the discus. 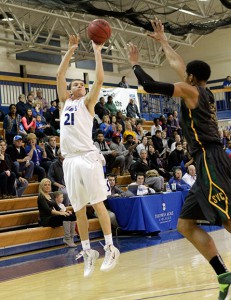 The men’s basketball team capped the 2013-14 campaign with their third straight and fourth Presidents’ Athletic Conference (PAC) Tournament championship game appearance in the last six seasons. The Saints were 15-12 overall and 12-4 during the PAC regular season as they finished runner-up in the conference’s regular season.

At the conclusion of the season Mumford and Hayes were named All-PAC by the conference’s head coaches. 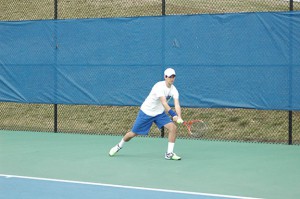 The men’s tennis team finished the season at 4-7 overall and 4-3 in the Presidents’ Athletic Conference (PAC). The Saints placed sixth at the PAC Championship tournament held at the Pennbriar Athletic Club in Erie, Pennsylvania.

The Thomas More College men’s golf team shot a final round 321 at the Cedarbrook Golf Club in Belle Vernon, Pennsylvania for a 72-hole total of 1,266 to finish fourth at the Presidents’ Athletic Conference (PAC) Championship. The PAC Championship counts towards one half of the 72-hole total used to determine the 2013-14 PAC champion, which earns the conference’s automatic bid to the 2014 NCAA Division III Men’s Golf Championship.

The Saints had a 318.8 stroke average as they competed in 13 tournaments during the 2013-14 season. Thomas More was led by Marcagi and sophomore Jesse Terbrueggen (Cincinnati, Ohio/Indian Hills). 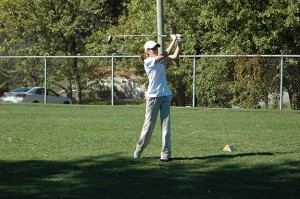 The Thomas More College women’s golf team shot a final round 467 at the Cedarbrook Golf Club in Belle Vernon, Pennsylvania for a 72-hole total of 2,056, finishing seventh at the Presidents’ Athletic Conference (PAC) Championship. The PAC Championship counts towards one half of the 72-hole total used to determine the 2013-14 PAC champion, which earns the conference’s automatic bid to the 2014 NCAA Division III Women’s Golf Championship.