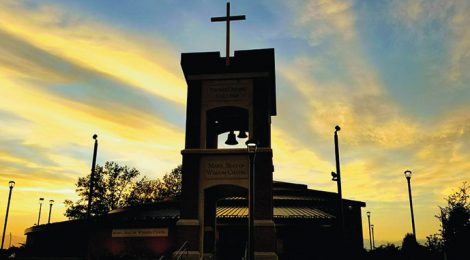 Catholic Values and the Search for Truth (Part 2) 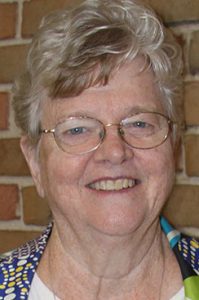 An article in the last issue of Moreover requested responses to questions about the experience of the Catholic Identity of Thomas More College. Here are clips from two respondents: one a recent graduate and the other a graduate from long ago when the campus was down town and the name was Villa Madonna College. Times have surely changed! Has the Catholic Identity held firm?

A 2015 graduate, who is presently preparing to become Catholic, reflected, “I came to Thomas More from a Protestant family, but it impressed me how my Catholic professors and classmates believed that reason led them to their faith rather than authority and tradition alone. While I did debate theology with them, they were content to let me disagree and show their faith simply through the way they lived.”

A graduate of Villa Madonna reflected, “I remember a curriculum heavy with philosophy and theology. But my stronger memory is of how Catholic values and questions about life from a Catholic perspective permeated all my classes. Questions raised in history and literature classes related to Catholic values. Even my science classes revealed truths that affirmed my beliefs about God. Philosophy and Theology classes raised new questions that strengthened my faith.”

Another response noted that a student, active in campus ministry, who would be entering his sophomore year has been accepted in the diocesan seminary to discern a call to the priesthood. Everyone has a call, a vocation within their Christian identity. The Catholic Identity which promotes a “culture of vocations” is evident when graduates are faith-filled scientists, writers, historians, educators, nurses, civic leaders, citizens, spouses….

A recent issue of America Magazine (the Jesuit Review of Faith and Culture), reported on a non-scientific poll about faith during the college years*. Readers responded to a Facebook and twitter poll which asked the question, “How did your faith change in college?” (America Magazine, August 12, 2017)

The responses of people to this poll show that faith development is crucial during the college years highlighting the importance of emphasizing the Catholic Identity of Thomas More College. Of those who responded to the poll, 69 percent indicated that their faith was strengthened during college years. Interestingly, that number was higher for students who attended Catholic institutions, where 78 percent of the respondents reported that their faith was strengthened. The quotes in this article indicate that both coursework in theology and the atmosphere provided by the sense of community at the institutions supported faith development.

Clearly the ability of a Catholic institution to support faith development is not limited to theology classes, but is dependent on the culture of the college: the faculty, the staff, and the student body. It is in this larger venue that the Catholic identity is embodied.

–the search for truth,

–the recognition of the dignity of each human person,

–the provision of service to others,

all within an atmosphere of mutual respect.

Do you hear those values in the responses gathered in this article? Is the Catholic Identity holding firm?