For questions or to submit a story idea, contact Rebecca Stratton at 859-344-3309.
Browse: Home   /   Summer Reading: The Girl on the Train by Paula Hawkins and The Woman in Cabin 10 by Ruth Ware

Summer Reading: The Girl on the Train by Paula Hawkins and The Woman in Cabin 10 by Ruth Ware 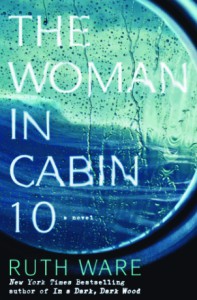 Guilty pleasures: the things we do in secret that we don’t tell anyone about. Swerving off the highway to appease a Starbuck’s craving, listening to “Whip/Nae Nae” on repeat, test-driving the newest electric cars we’ll never be able to afford, having cocktails on a school night, skipping a week’s worth of workouts, and binge-watching Netflix–to name a few. There are others: one of ours is reading what might be referred to quite simply as “schlock.” But just because we most often read and study highbrow academic literature, we don’t feel immune to the temptation of losing ourselves in popular fiction. In fact, while we both have spent long afternoons pontificating about the finer points of literary theory and its applications, we also devote many a day sprawled out on our respective sofas tearing through the latest bestsellers.

After returning to campus for the start of fall semester, we had a chance to catch up on some of our most compelling summer reads (We wonder if your choices were the same as ours?). Coincidentally, we both spent the summer making our way to Europe stuffed into coach seats armed with bestsellers picked up as last-minute purchases from the bookstore. While each of us can contest to the vast array of novels with Oprah endorsements and rave reviews—there were dozens of novels which presented fantasy worlds, others offering a glance into small-town lives gone epic–there were a select few that really vied for our attention and required our purchase. Admittedly, the ones that we were drawn to were those that elicited in us a feeling of schadenfreude (the German term for the pleasure we derive from someone else’s troubles). Those novels were: The Girl on the Train by Paula Hawkins and The Woman in Cabin 10 by Ruth Ware –and we read them ferociously as we crossed the Atlantic (and nibbled our nails down to the quick).

And since this is a “Books & Beverages” column, we might note that our reading was accompanied by a variety of in-flight beverages. (Did we mention that the alcoholic beverages at 36,000 feet were all complimentary? Oh! The perks of international travel!) With The Girl on the Train, we drank tiny quarter bottles of red wine; it helped to douse the tension that we experienced as the protagonist (who routinely took her store-bought wine out of a brown paper bag as she traversed London aboard the train) failed to practice any measure of self-care. On the other hand, The Woman in Cabin 10 required a stiff G&T (gin and tonic)as we braced ourselves through the rising action of the plot in which this protagonist unabashedly consumes them as if they were coconut water.

Interestingly, both fictional texts ultimately required sobering doses of black coffee as we moved through the climax, falling action and denouement. Even the fact that each of us was in the middle seat (with the challenge of discreetly gaining access to the in-flight lavatory) didn’t detain us from flagging down the flight-attendants for more underwhelming, tepid in-flight java.

With these novels, there was good reason for curbing the complimentary alcoholic beverages and turning to the watery dregs: we were each ensconced in the plights of the fictional characters and their twisted journeys towards the pursuit of truth. And as the plots became murkier, and the truth became more elusive, we shored our own energies while we imagined ourselves as armchair psychoanalysts determined to understand how each protagonist had become so personally derailed in her quest for growth and selfhood. 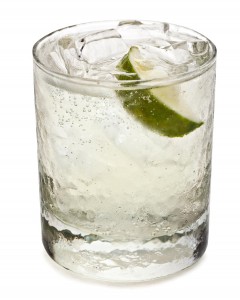 Gin and tonic, the favorite beverage of the female protagonist in The Woman in Cabin 10.

In brief, here is the basic plot outline for the two novels. (Spoiler Alert. Skip to the end of this paragraph if you want to read these novels without a plot summary.) Both novels riff on a similar sequence of events. A romantic break-up catapults the narrators’ descent into alcohol dependency. While inebriated, both narrators become implicated in a violent crime. Because of their penchant for drink, their reliability is questioned, and as such they must spend the remainder of the novel trying to both clear their names and conquer their demons. Erstwhile both plots are complicated by the actions of a male companion who, while complicit in the aforementioned crime, acts with impunity.

These popular novels were definitely riveting; one might even claim that they were worth ignoring the stream of in-flight touchscreen digital entertainment. While the plots might sound conventional or even clichéd, they were not your mother’s James Patterson or Patricia Cornwell murder-mystery novels. Instead these plots (and the women therein) offer fodder for deliberating about how easily female agency can be stripped away—even in a world in which we talk about the erosion of the double-standard. Both Hawkins and Ware seem to insist that the double-standard persists; moreover, today’s culture is complicated by another phenomenon: female victim blame and shame.  It is perhaps because of the cultural backlash against women that the “everywomen-protagonists” in these novels are understandably mistrustful of law enforcement. Hawkins and Ware seem to want the reader to reconsider the role of the historically marginalized woman and her ostensibly “histrionic” emotions. And as these authors feature protagonists who are fractured, they are also using their plots to frame stories of average women who reclaim agency—despite the odds stacked against them—in order to move forward to self-sufficiency.

Analysis aside, while these plots are obviously manufactured for their spine-tingling, page-turning effect on the casual reader, they are well worth their cover price. (After all, a single snack-pack on the plane costs upwards of eight dollars.) As any budget traveler knows the “Read & Return” program offered at many international airports, gives us an added incentive to finish a novel during the flight: 50 percent cash back when you arrived at the next terminal. Enough to fund your next snack box on the way to your winter vacation.

← Why I Give to TMC
STANDOUT SAINTS →