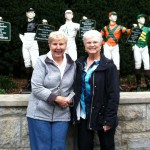 Nancy (Black) Kuckle ’56 and Dorothy (Tillman) Kennedy ’56 attended TMC Alumni Day at Keeneland in October 2015. A great time was had by all. 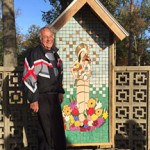 Marianist Brother Donald Smith ’56 completed a Marian mosaic on the Governor’s Island at Indian Lake (a Marianist property) in West Central Ohio. His mosaic is part of a Mary garden.

James Ott ’61 recently had his biography of artist Frank Duveneck published by Branden Books of Boston.  It is titled The Greatest Brush, Love, Tragedy and Redemption of Artist Frank Duveneck. James is a former editor with McGraw-Hill publications and a freelance writer. He is also a current volunteer tutor in the Writing Center at TMC.

Sr. Marie Rose Messingschlager, CDP ’68 celebrated her 50th Jubilee as a Sister of Divine Providence in the summer of 2015. She continues to celebrate the event by having Mass offered for and serving brunch to the parishioners at the various Indian reservation parishes where she ministers as Director of Indian Ministry for the Diocese of Duluth, Minnesota. She has ministered among American Indians for the past 41 years, first among the Navajo in the Southwest, then among the Lakota Sioux in South Dakota, and now among the Anishinabe (Ojibwe/Chippewa) of Minnesota.

Sr. M. Ethel Parrott, SND ’69 was honored at Notre Dame Academy’s 15th annual “Women Making a Difference” Award Luncheon on Feb. 25, 2016. The school honors NDA alumnae for their contributions to their families, communities, and beyond.

Eileen (McGuire) Whaley ’69 won the Living Now Evergreen Gold Medal Award in October 2015 as a first-time author for her health and wellness book, Come Back Strong, a Widow’s Song, which chronicles her journey from receiving the news of her husband’s terminal cancer diagnosis to running in the Edgewood, Ky., 4th of July race 90 pounds thinner. The narrative memoir is a comeback celebration, love story, and wellness roadmap for people suffering loss.

George J. Schulte ’70 recently retired as professor of physiology after nearly 40 years in the department of biology at Truman State University in Kirksville, Mo. 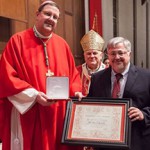 Dale S. Recinella ’74 was presented the Pro Ecclesia et Pontifice Cross, a papal honor, by Bishop Gregory L. Parkes of the Diocese of Pensacola-Tallahassee, Fla. and Archbishop Thomas Wenski of the Archdiocese of Miami at the conclusion of the Bishops of Florida Red Mass, at the Co-Cathedral of St. Thomas More in Tallahassee, Fla., on Feb. 17, 2016.

Gina (Tuemler) Wulfeck ’80 was honored at Notre Dame Academy’s 15th annual “Women Making a Difference” Award Luncheon on Feb. 25, 2016. The school honors NDA alumnae for their contributions to their families, communities, and beyond. 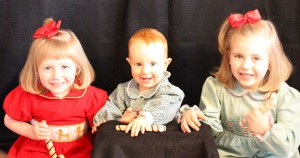 Wonda (Claypool) Winkler ’90 is one of two TMC alumnae honored at the 2016 Outstanding Women of Northern Kentucky Awards presented on April 21.

Timothy Moore ’91 has been with Macys, Inc. for 19 years. He and his wife reside in Alexandria and their four children are students at Bishop Brossart High School (a senior, sophomore, and two freshmen). They feel they have been very blessed and hope everyone is doing well. God Bless!

Beth (Rechtin) Venard ’93 was recently inducted into the Athletic Hall of Fame for her high school alma mater, Villa Madonna Academy, on Sept. 12, 2015.

Kimberly A. Halbauer ’00 is one of two TMC alumnae honored at the 2016 Outstanding Women of Northern Kentucky Awards presented on April 21.

Patrick Hartman ’02 was transferred from Joint Base Andrews in Maryland, to Royal Air Force Lakenheath, United Kingdom. He is a major in the Air Force Judge Advocate General’s Corps and is currently assigned as the Deputy Staff Judge Advocate for the 48th Fighter Wing at RAF Lakenheath. He assists Staff Judge Advocate in managing an office of 23 personnel responsible for prosecuting courts-martial and providing advice on all legal issues for the base. 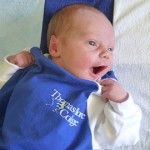 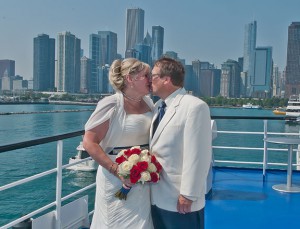 Christine Helen Sokol ’05 married Anthony Vincent Ferraro in Chicago, Ill., on Sept. 6, 2015. They were married by Fr. Dennis Condon aboard the Spirit of Chicago Yacht on Lake Michigan. Christine’s youngest son, Kevin Burridge, a Chancellor’s Scholar at TMC, will graduate in May 2016 with dual bachelor’s degrees in biology and chemistry. Anthony is a graduate of the Milwaukee School of Engineering, one of the founders of Boy Scout Troop 974 in Liberty Township, Ohio, and the Eagle Scout Coordinator for the area. The combined Sokol/Ferraro family has seven children and Christine’s second grandchild was born in March 2016.

Peter Rodish ’07 recently won the Life Masters trip to Orlando, Fla. This prize is for the top life insurance producers in the country. Pete currently serves on the board of Junior Achievement of Greater Cincinnati and Northern Kentucky, Parish Council for the Greek Orthodox Church of Cincinnati, and is President of the AHEPA Chapter #127 (American Hellenistic Educational Progressive Association).

Jamie Setters ’08 completed her MBA in December 2015 from University of the Cumberlands. She accepted a new position as accountant at General Electric starting in January 2016.

Courtney Smalley ’14 is currently working on her master’s degree at the University of Cincinnati in their professional writing program (finishing May 2016) while working for Cooperative for Education, an organization dedicated to breaking the cycle of poverty in Guatemala through education. Courtney has also maintained her volunteer work through TEN FE, a similar organization founded by TMC staff member Julie Luebbers.

Maria Vogel ’14 traveled in summer 2015 to study the ecosystems, unique desert plants, and diversity of life at the Bahia de los Angeles UNESCO World Heritage Site, including the Sea of Cortez, as part of Miami University’s Earth Expeditions global field course as part of her master’s degree pursuit. 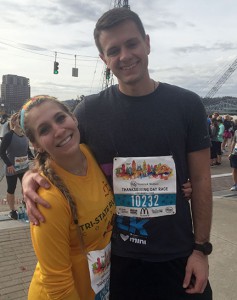 Drew Otten ’16 and Kelsey Hinken ’15 are thrilled to announce their engagement. They met during their student days at TMC and will be married in September 2016.

The Fall 2016 issue of Moreover would like to dedicate some space to all the little Saints in the world.

Everyone loves babies! Send photos of your little one(s) dressed in their TMC gear for an all-Saints’ photo gallery in the next issue of Moreover.

3) Older siblings can be in photo