For questions or to submit a story idea, contact Rebecca Stratton at 859-344-3309.
Browse: Home   /   Beverage and a Book – Grüner Veltliner & William H. McNeill’s Plagues and People 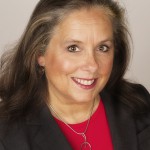 My favorite beverage is Irish breakfast tea, perfect for early morning reading on a sun-drenched porch. However, if the point of this column is adult beverages, I would choose a white wine. The best I have ever tasted is the Austrian, Grüner Veltliner. For a special treat I would make a Kir by topping off a crisp, dry white wine with crème de cassis (black currant liqueur). Now, I am ready to pick up my book and find a cozy chair!

Selecting a single book is nearly impossible for any academic. However, one that influenced my thinking early on in my academic career stands out. In the late 1970s I read Plagues and Peoples by William H. McNeill, a historian from University of Chicago. At the time I was working on my doctorate in medical microbiology and was consumed with determining the molecular and cellular mechanisms by which microorganisms caused disease. McNeill provided a totally different perspective about how infectious microorganisms may have changed the course of history, particularly when spreading to immunologically naïve populations.

After I had concentrated primarily on micro-parasitism, McNeill refocused me towards thinking about microbes at the population level. He speculated on how civilizations can be an analogous “macro-parasite” on societies, and took me on intellectual excursions beyond the familiar laboratory or hospital. Just as human populations adapt and evolve in response to the presence of lethal pathogens, so too do the populations of viruses, bacteria or protozoans evolve when encountering differing levels of resistance in their hosts. Eventually the most rapidly lethal microorganisms, which require a host as part of their life cycle, may die out because they don’t make it to the next host. Meanwhile, those that allow their host to live longer may prosper and spread (e.g. malaria). Alternatively, these pathogens can establish extended infections as a compromise that provides maximal opportunity for transmission to new hosts (e.g. HIV). 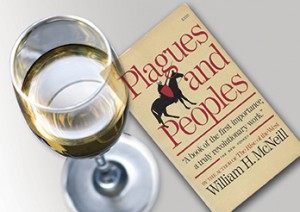 In Plagues and Peoples McNeill moves this dance of accommodation between parasite and host to a higher order of complexity by considering the impact on entire populations. McNeill proposed that infectious diseases helped the Spaniards conquer indigenous American peoples in Mexico and Peru. He suggested that the more sedentary lifestyle associated with development of agriculture led to a different kind of balance between humans, their domesticated animals and microbes, through a “confluence of disease pools.” He further ventured that the declines of the Han Dynasty and Roman Empire were at least partly due to these disease convergences along trade routes. He argued that the spread of Black Plague was attributable to rise of Mongols; in short, that as their political power grew, it also disturbed the equilibrium between infectious agents and their host populations. This disequilibrium led to one of the most significant reductions in human population ever experienced on planet earth. Today, many may be familiar with how the Black Plague affected Europe in the 14th century. We also know about how the influenza pandemic spread across oceans in the early 20th century. Each of these epidemics influenced the course of events to follow. By taking my analysis of the impact of microbes to a population level, McNeill presaged my later immersion in the field of global health. Today this population level view is critical for understanding interventions that can help people avoid disease or minimize disability.

Finally, this book illustrated how a liberally educated person can explore and integrate ideas beyond the silos of one’s own academic discipline and intertwine topics as disparate as science and history. Prior to this I had read about the history of science primarily through the eyes and works of a select few (usually male) accomplished scientists. Never had I considered the extent to which living organisms, smaller than we can see, actually could have altered the course of human history. If infectious disease can shape history, then epidemics are not merely obstacles to development, but rather central influences over how societies change across time. Some of McNeill’s speculations have not held up under continued research and scrutiny, but it was his approach to looking at history and disease that transformed my thinking.

In a sense, this text stoked my predisposition to continue reading beyond the field of microbiology and immunology to explore history, sociology, anthropology and demography. This in turn led to my appreciation of how they all come together in the richness of the field of global health. Were it not for the intellectual explorer I saw in McNeill, I may never have drifted so far afield into fascinating new areas of discovery myself. McNeill, by embodying a wide-ranging curiosity, opened new avenues of reasoning, which were truly an inspiration for me and for his fellow historians.

Ask me another day about why John Rawl’s, Theory of Justice, was equally inspiring!