For questions or to submit a story idea, contact Rebecca Stratton at 859-344-3309.
Browse: Home   /   Thomas More football player up for national trophy 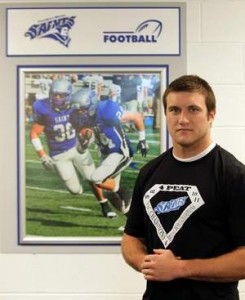 If Zach Autenrieb wins on Wednesday the Gagliardi Trophy as college football’s best Divsion III player, he’s not sure what his reaction will be.