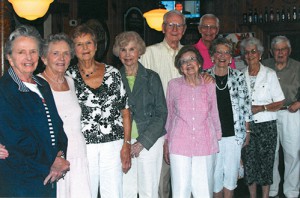 Justice Donald C. Wintersheimer ’53 will be honored on May 21 as the 2015 recipient of the Covington Award by the Friends of Covington, the organization’s highest honor.

Dr. Bill Rauckhorst ’62 continues to write articles relating to energy and environmental ethics and recently received a personal response from President Barack Obama for one of his articles on sustainability. He is a  physics professor at Miami University    in Oxford, Ohio.

Dr. Judith Marlowe ’69 was chosen as the first recipient of the University of Cincinnati Alumni Association’s Distinguished Alumni for the College of Allied Health Sciences for her work in infant audiology, mandatory hearing screening for all newborns, and her work with clinicians and audiologists throughout the world.

Ken Rosemeyer ’72 is very proud of his daughters and sons-in-law who followed in his footsteps as TMC alumni. His oldest daughter, Tara (Rosemeyer) Blessing ’14, graduated in December from the TAP program with her bachelor’s degree in business administration and her husband, Richard Blessing ’95, also obtained his TMC bachelor’s degree in business administration. Ken’s youngest daughter, Brynne (Rosemeyer) Wesselman ’06 and her husband, Brian Wesselman ’06, both obtained their bachelor degrees in biology. 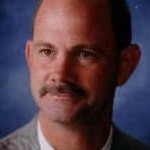 Nick Shipley ’97 is now the Assurance Manager at the recently-merged accounting firm of Elliott Davis Decosimo in Cincinnati, Ohio. 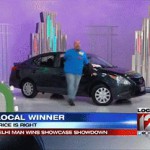 Mike Strassel ’02 was recently a featured contestant on the long-running television game show “The Price is Right” and won the Showcase Showdown! 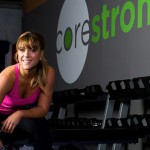 Nick Lowry ’03/’07 was recently hired as a Client Manager within the Client Solutions Division in the Cincinnati office of dunnhumbyUSA. 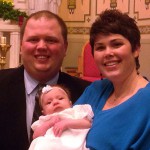 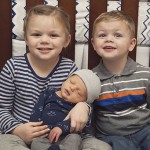 Brian Knarr ’06 has been promoted to Associate Director of Solutions in the Cincinnati office of dunnhumbyUSA.

Perry Corbett ’10 is currently working toward obtaining his Ph.D. in Experimental Physics from Ohio University in Athens, Ohio and recently completed an X-ray Diffraction project where he was able to apply what he learned at TMC.

Adam Bertke ’11 received his CPA designation from the Kentucky Board of Accountancy. He is employed by Anneken, Huey & Moser PLLC in Fort Wright, Ky.

Cordario “Monty” Collier ’11 and Jason Matheny ’11, have been gaining professional notoriety as the founders of Misfit Genius, a clothing store company they built around the premise of community-building. “The clothes are there to remind us of the values we live by….it’s the misfit in you that makes you who you are—you have to embrace that.” 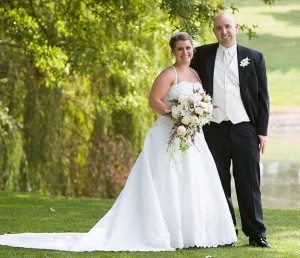 We’d love to include it in the next Class Notes. It’s easy, just email alumni@thomasmore.edu – include a photo (high-resolution jpeg or tiff format)!