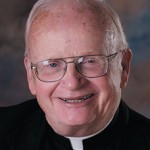 Rev. Ronald M. Ketteler, STL, professor and chairperson, theology, participated in the 2014 Annual Assembly of the Kentucky Council, as Diocesan Director of Ecumenism of Churches, on October 14. The theme of the assembly was “Restorative Justice.”

On Jan. 14 and 21 Father Ketteler served on a discussion panel in the initial training classes for infectious disease response teams sponsored by St. Elizabeth Healthcare. His role was concern over the ethical issues faced by patients and health care professionals. 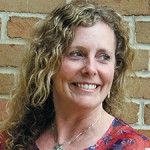 Dr. John T. Spence, AICP, associate professor, political science, was re-elected to serve another term as chairman of the Covington Neighborhood Collaborative (CNC), by representatives of each of the sixteen neighborhood groups that form this council in the city of Covington, Ky.  The CNC’s latest projects included the development of a bicentennial calendar and neighborhood banners in conjunction with Covington’s celebration of its 200th anniversary in 2015.

Dr. Sherry Cook Stanforth, professor, English, shared that her poem “American Girl Doll, Kit, Rides the Ohio” was published in the January 2015 issue of a new literary magazine Waypoints. Two of the publication’s editors, Karen George and Will Eifort, are TMC alumni-writers who actively publish in the literary community. Dr. Stanforth also announced that her book Drone String is due out from Wind Publications in March 2015. The poetry collection is inspired in part by generational voices and her Appalachian music heritage.  Dr. Stanforth presented Drone String and performed traditional music at the 38th Annual Appalachian Studies Association conference in Johnson City, Tennessee in March.